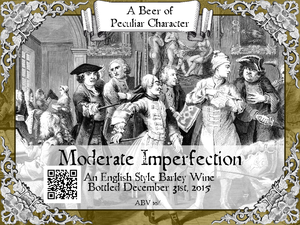 "I am certainly not an advocate for frequent and untried changes in laws and constitutions. I think moderate imperfections had better be borne with; because, when once known, we accommodate ourselves to them, and find practical means of correcting their ill effects. But I know also, that laws and institutions must go hand in hand with the progress of the human mind. As that becomes more developed, more enlightened, as new discoveries are made, new truths disclosed, and manners and opinions change with the change of circumstances, institutions must advance also, and keep pace with the times. We might as well require a man to wear still the coat which fitted him when a boy, as civilized society to remain ever under the regimen of their barbarous ancestors." - Jefferson to H. Tompkinson (AKA Samuel Kercheval), July 12, 1816[10]

That's a long passage, I admit. I found it when looking at material about the various panels inscribed into the Jefferson Memorial. When I left a job in 2014, one of my last days working in DC, I visited the memorial for the first time. Doing so helped me leave that job with some positive closure. I have been studying Jefferson a bit more, since, as an important contemporary of Franklin and an important thinker and writer in his own right. I cannot recommend The Jefferson Hour highly enough if you want to learn more, especially about Jeffersons life beyond his political and historical roles.

This beer is an important touch stone in many ways for me. It seems like all of my beers are but given how much effort and though I expend on them, I suppose that isn't surprising. This is the first beer I brewed since leaving that job in 2014, the first beer I made in quite some time since the events of 2014, professional and personal, took a large toll on me, not in the least taking me away from my love of brewing more than I wanted.

Many home brewers choose big, ambitious beers early on. I almost did the same thing, but thankfully realized that at the time I really didn't have the skill. Regardless, I have always wanted to make a barley wine. I have enjoyed a lot of examples of the style, realizing it has actually split into two distinct styles: the original British version this is boozy but sweet and an American take that has some close kinship with the American pale ale and especially double IPA's. I especially enjoy the more traditional take on the style.

When I started working on the recipe for this beer, I had heard a little bit about a mostly lost style of English beer, the Burton ale. After just a little research, I realized this is a beer I would enjoy drinking and that it could easily be scaled to make what I expect will be a tasty barley wine. I think the final recipe is one of the first informed by much more thorough research and especially the realizing through reading more broadly and deeply on recipe formation that simplicity is often the key to a spectacular beer.

My first attempt at this beer was made on a seriously upgraded brewing kit. I have written extensively about those upgrades elsewhere on this site. That may prove a mistake, making a new recipe on essentially all new gear but we'll see.